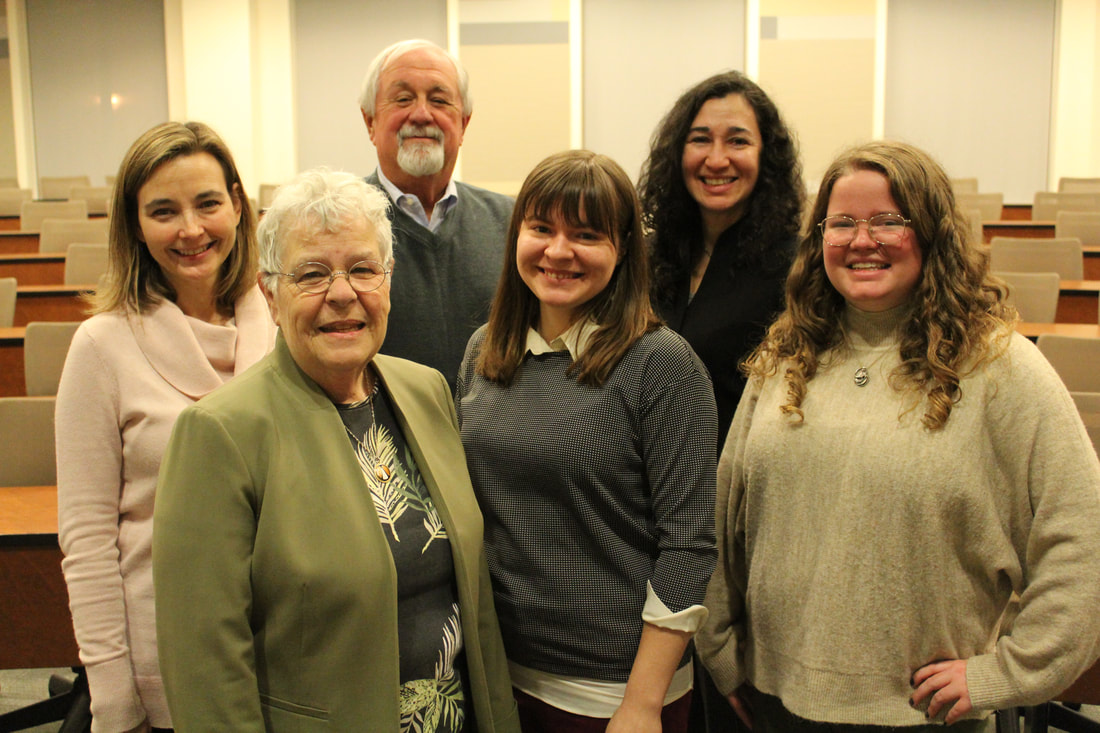 Mary Priniski, OP, an Adrian Dominican Sister, has served on the Aquinas Center Board of Directors from 2010 to 2015 and then again from 2016 until 2019 when she was appointed the Executive Director.

Sister Mary received her PhD in Theology from the Union Institute and University with an interdisciplinary approach to engaging in mission across social boundaries. She also has a MA in Catholic Healthcare Mission from the Aquinas Institute in St. Louis.

From the Upper Peninsula of Michigan, Mary has served in parish ministry in Illinois, California and Michigan. Beginning in 1979, she began her work in social justice ministry including serving as coordinator of Connective Ministries, an association of community organizers across the south; staff for Interfaith Worker Justice and the Service Employees International Union; and the director of the Labor Guild for the Archdiocese of Boston.

In 2009 she began a six-year term as the Chapter Prioress (regional superior) of the Mid-Atlantic Chapter of the Adrian Dominican Sisters. Before her appointment as Executive Director of the Aquinas Center, Sister Mary served as the project coordinator of Gathering for Mission, engaging church leaders (particularly bishops, priests and diocesan leaders) in a process of dialogue with the voice and vision of Pope Francis.

In addition to being the Executive Director of the Aquinas Center, Mary has been appointed as the Vicar for Religious for the Archdiocese of Atlanta.​​
Alice Cameron
​Business and Events Manager

Alice Cameron is from Fort Lauderdale, Florida and has been with the Aquinas Center since 2016.  She received her Bachelor of Arts degree in Accounting from Immaculata University and is currently a Master's Candidate pursuing a degree in Nonprofit Administration at the University of Notre Dame. Alice has served in various Catholic ministries, and has worked as a volunteer with St. Francis Table, St. Monica's Catholic Church, St. John Neumann Regional Catholic School and St. Pius X Catholic High School. ​​
Callie Tabor​
Associate Director

Born and raised in Oregon, Callie received an MA (Hons) in English Literature from the University of St. Andrews, and an MA in Christian Theology (Catholic Studies) from Durham University. Callie completed her PhD in Theological Studies in the Graduate Division of Religion at Emory University in Fall 2021. Her dissertation is entitled, “Seeing Beauty: A Poetic Theology.”

Since 2018, Callie has worked with the Aquinas Center as the social media communications coordinator, and the managing editor of Aquinas Emory Thinks. In addition, she facilitates the Catholic Lay Interparish Partnership (CLIP).
Bob Hauert
Catholic-Orthodox Initiative Coordinator

Deacon Bob was ordained a Permanent Deacon in the Roman Catholic Church on February 6, 2010.  He earned a Master's Degree in Pastoral Theology from St. Mary-of-the-Woods College in May 2012.  Deacon Bob is the full-time Pastoral Associate at Immaculate Heart of Mary Catholic Church in Atlanta focused on Discipleship, and is a former member of the Board of Directors of the Faith Alliance of Metro Atlanta (FAMA) representing the Archdiocese of Atlanta for Ecumenical and Interfaith Dialogue.  Deacon Bob serves on the Archbishop's Committee for Ecumenical and Interfaith Dialogue, Catholic-Jewish Committee, the Catholic-Orthodox Committee and teaches in the Diaconate Formation program of the Archdiocese of Atlanta.  He has also served for several years as a Hospice Chaplain.

Bob and his wife, Louise, have been married for forty-six years and have four adult, married children and seven grandchildren.  Bob and Louise love to spend their free-time camping and stand up paddle boarding.
Terresa Ford
Grant Writer and Graduate Intern

Teresa Ford, a native of Buffalo, New York, is a third year M.Div. Candidate at the Candler School of Theology and holds an MFA in Fine Art. She spent twenty plus years working as an arts administrator and grant writer. Her career goals include going into hospital chaplaincy after graduation and becoming a practitioner of spiritual direction.
Fostering intellectually vibrant Catholic communities
​The Aquinas Center was formed in 1987 to bring Catholic scholarly resources to Emory University, the Archdiocese of Atlanta and the broader community.